An event every year that begins at 12:00 AM on day 1 of March, repeating indefinitely 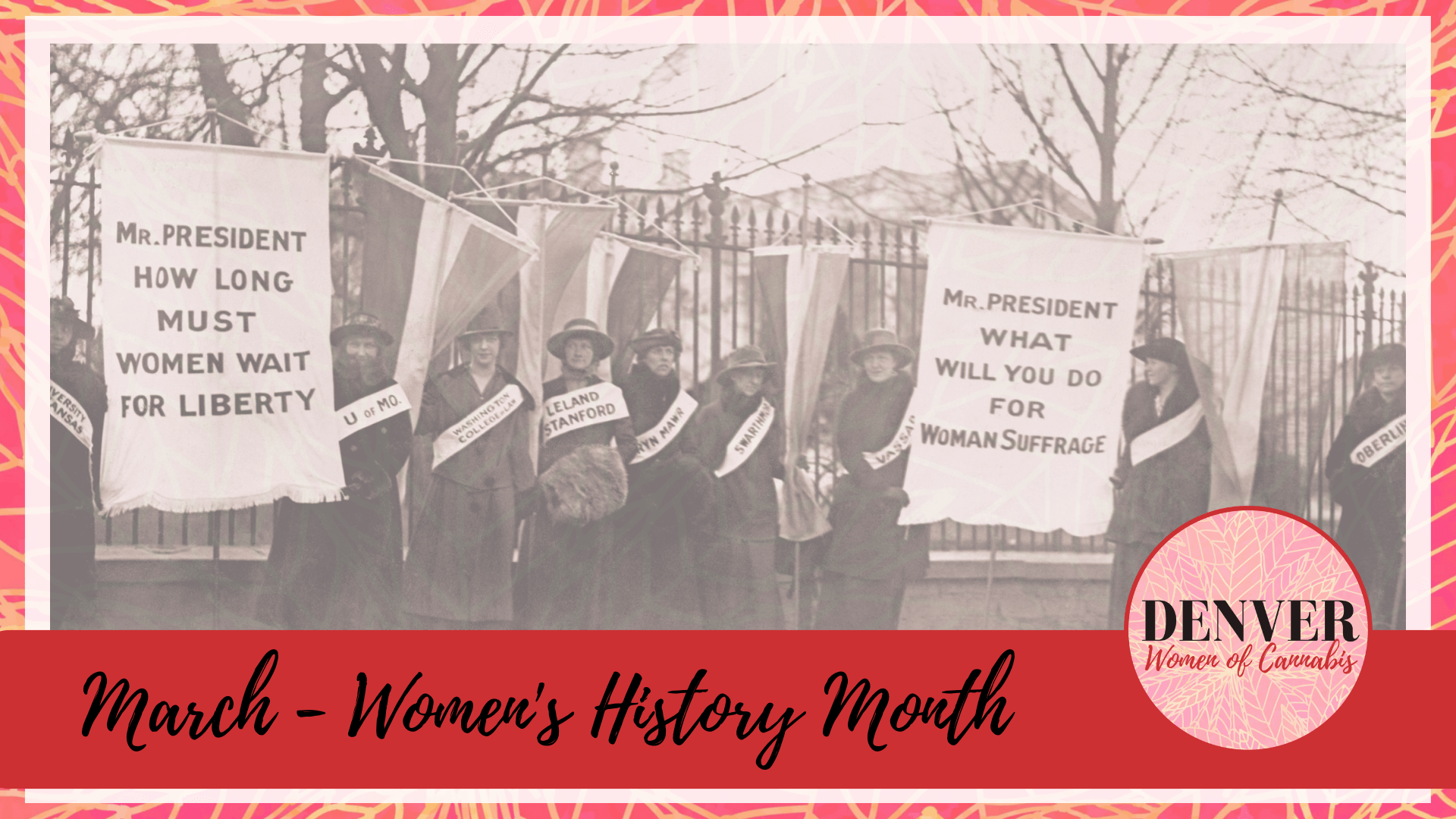 Happy Women’s History Month from the team at Denver Women of Cannabis!

Women’s History Month is an annual declared month that highlights the contributions of women to events in history and contemporary society. It is celebrated during March in the United States, the United Kingdom, and Australia, corresponding with International Women’s Day on March 10, and during October in Canada, corresponding with the celebration of Persons Day on October 18.

The commemoration began in 1978 as “Women’s History day” in Sonoma County, California, and was championed by Gerda Lerner and the National Women’s History Alliance to be recognized as a national week (1980) and then month (1987) in the United States, spreading internationally after that.